We know only too well how powerful images can be in getting us to want things, as billboard advertising proves.

The Internet has its own visual powerhouse of graphical advertising in the multitude of websites.

However, few exert as much social impact as Pinterest. For promoting diet motivation, graphics such as those as used in Pinterest.com can be extremely useful to the dieter in need of a jumpstart.

This article takes a look at how visual incentives can make a big difference to dieters and how you can use what's available for your own dieting success. 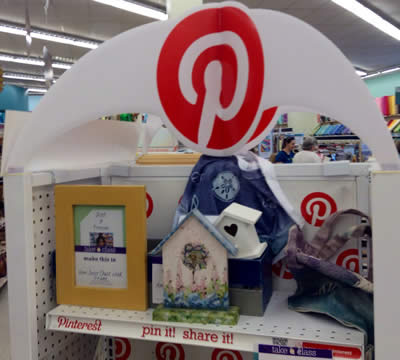 First of all, if you are active online and love anything to do with pictures, then you will doubtless be aware of Pinterest and perhaps even be active on the website.

Images have a magic property all of their own that can convey a message visually far more powerfully than the written word. We already know this from watching television commercials and how they use the combination of visual and aural sensual input to make us desire and sell us things we didn't even know we wanted.

This advertising technique can be transmuted onto the single images used in advertising billboards as already mentioned. It can also be used in smaller visual areas such as computer displays and even much smaller areas such as the display on a smart phone.

How Do Images Help Someone to Diet?

If you like to surf the Internet looking for websites that deal with dieting, diets and weight loss in general you will undoubtedly have come across advertisements in the form of image banners of varying size and shape.

A popular size is the strip banner which runs along the top (or bottom) of a web page and promotes all kinds of weight loss product or service from Weight Watchers, Jenny Craig and Nutrisystem to diet pills and celebrity workout programs.

They are designed to create interest enough that you'll click the image, which will open the product's website in a new browser window and present you with the sales blub and maybe a special offer if you sign up there and then. There is little difference there to a television commercial selling you an insurance policy and giving you a telephone number to ring (which you invariably do out of curiosity).

As for helping you to overcome weight issues such as obesity through diet, images can be very powerful motivators by conveying contextual messages with pictorial backgrounds (known as info graphics) or pictures of thin people in bathing suits at the beach.

Some use the age old but still incredibly powerful "before and after" shots of a fat person that became a thin person after going on this or that diet for better health!

The images use visual triggers to press all your "hot" buttons to get you to want to achieve what you can see in the image (as in "before and after" shots), or to want to start using a piece of equipment to exercise on or start a diet that has meals that are pictorially presented that look great!

There are tons of recipe boards on Pinterest from people who love cooking or baking or creating healthy but tasty meals and just about everything else in between that will help them to eat well and stay healthy into the bargain.

The great thing about being able to see pictures of prepared meals and recipe images with step by step pictures of how to create those meals is that you can see right there in front of you how to do something without having to read about it. The impact is far greater with pictures than it could ever be with the written word.

This is the secret behind the success of Pinterest and why so many people use it to share images.

They use those images to help them get motivated to do things like maximize the diet to lose weight by eating food they can see right there in front of their eyes. How amazingly motivational is that!